The four paths to your tech-enabled transformation

Whether it’s SaaS (Software as a Service), AI (Artificial Intelligence), or ML (Machine Learning), it seems like every AE and environmental firm is pursuing a word soup of technology solutions to make it “faster, better, stronger.”

Whether the ultimate goal is to double stock value, eliminate internal inefficiencies, break out from a crowded field of competitors, or be at the forefront of the movement to disrupt the industry, there are four paths available to achieve a “tech-enabled” transformation of your business model. The paths vary in length and difficulty. And the payoff, for many, is still unknown and far from guaranteed.

Congratulations to our client CHA Consulting (Albany, NY) (ENR #53): This week this industry-leading firm announced its acquisition of A&P Engineers (A&P) (Doral, FL), a 100-plus employee, multi-disciplinary consultant in South Florida with expertise in civil engineering, transportation, water resources, and CEI. We’re happy that we were able to assist CHA with this acquisition that brings the firm’s presence in Florida to over 150 employees.

Speaking of Florida…: It’s going to be a full house in Miami this March, so registration for the Southeast States M&A Symposium is now closed. If you’d like to attend but missed your chance to register, we’ve opened a waitlist should space become available.

Something new for 2022: Early-bird registration is now open for our Western States M&A, Strategy and Innovation Symposium in San Francisco this June. This is the #1 networking event for AE and environmental industry execs, buyers, sellers, and investors in the West. (Did you know the four fastest-growing states are all in the West? Can you name them? This is our version of Wordle.) We’ve taken all that’s great about our M&A Symposiums (real-time M&A multiples and stats, best-practice discussions, unsurpassed Western U.S.-focused networking) and added content on the two other top-of-mind topics for AE leaders—strategy and innovation. Based on how many folks registered in just one week, this symposium will sell out soon. So don’t delay, register here while the early-bird rate is still in play.

Pace of industry consolidation gathers steam: Industry M&A is now up a jaw-dropping 43% over the past 12 months. This week saw 11 new AE and environmental transactions announced.

Consolidation nation? If you’re thinking there seems to be a lot of M&A activity this year, you’re right! Here are the 12 transactions announced since the beginning of the year that Morrissey Goodale’s M&A team has helped make happen. For more on our sell-side practice, email Brendon Cussio, Vice President, at [email protected]. Or if you’re interested in our buy-side services, contact Jon Escobar, Vice President, at [email protected].

Questions? Insights? How are you remaking your business through technology? Email Mick Morrissey at [email protected] or call him at 508.380.1868.

After navigating through the economic depths of the

Great Recession and standing tall through the initial shock waves of the Coronavirus pandemic, more and more AE firm leaders are finally stepping aside to start a new chapter in their lives. And so it is at Balzer & Associates, a 160-person, Virginia-based AE and environmental consulting firm, where the company’s president, Jim McAden, will officially transition the president’s role to president-elect, Sean Horne, on June 1.

How is Sean preparing to successfully lead the firm through the increasingly volatile and challenging times that lie ahead?

I caught up with Sean the other day, and we talked about just that.

MG: How did you become president-elect? How was that decision made?

Sean: We’ve gone through our own process that seems to work for us. It was a deliberate process that took a year of planning. We had a transition team, a selection committee, specific parameters, a formal interview process—there was a whole framework to it.

Sean: When communications first came out, it was Jim saying, “Here is your guy. I support the decision and so does the Board.” It was a direct message. The big unveiling will be in June, but ahead of that, we did an office tour with Jim and updated everyone in the company on the strategic plan and our overall year-end performance, including how we did financially. We talked about the progress we made in the HR and accounting realms, and that we hired a new director of operations. We basically reintroduced ourselves and how the transition would work. We visited every office and had multiple bullpen conversations. In the past six months, Jim has been reinforcing the decision, and that’s been an important part of the communication and the process.

MG: Once the cat was out of the bag, how did you start “showing up” as a leader in the company? Did you take over certain tasks, present information on your own at firm-wide meetings, and essentially phase into the role?

Sean: From last June until the end of 2021, I was eager to jump in and do things. I was chomping at the bit to get started and really dig into the role.

MG: I get the feeling you are about to tell me you had to pump the brakes.

Sean: In a way, yes. I didn’t know what I didn’t know, so out of the gate, I was working with the Board, focusing on the strategic plan, framing various policies, and getting other things done to help us lay the groundwork for when the transition would officially happen.

MG: What things did you work on?

Sean: There were several. One was figuring out the director of operations position. Another was making a few shifts in the organization, like converting some office managers to regional directors. We increased focus on budgeting. We addressed department manager autonomy. We shored up remote access. And we discussed the development of the Board and its focus. There was plenty to keep me busy.

MG: What happens now through the end of May?

Sean: Now that the infrastructure in place, whatever changes are made will be modest, so we don’t upset the apple cart. Then it will be aligning people with their strengths and getting more intentional about growth.

MG: You mentioned you wanted to dive into the role with both feet. How have you stayed patient through such a methodical process?

MG: So you and Jim are on good terms, but what about the other candidates who weren’t chosen for the position? Did going through the selection process damage your relationship with them?

Sean: If the selection was contested, I could see where that would have been a problem. My two best friends in life were in competition for the job. But we talked and agreed we would play key roles no matter who took on the role of president. There were no egos in the room. We agreed that the decision was made in the spirit of what’s best for the firm, not what’s best for each of us.

MG: Will Jim be involved with the firm for a period of time after June, or will he completely disappear from view?

Sean: Jim will be here another six months as a resource. We are setting priorities, like mentoring, but it’s really about identifying the many value-adds Jim has brought to the firm over the last 40-plus years and figuring out how to carry them forward. We want to document and share those things appropriately. The firm will certainly get a lot out of it, and as long as Jim is enjoying it, it will work out well for everyone.

MG: When shareholders depart, it isn’t always a smooth ride. How do you avoid the potholes?

Sean: That’s true. We had one instance where a shareholder sold his stock, but he wanted to continue to work. Out respect for him, we allowed it, but if we did that again, the departing shareholder would have to leave for six months, then at that point, if there was a role for that person, we’d work up a contract.

MG: The president’s role isn’t the only one transitioning. You’re leaving a role, too.

Sean: My group continues to be successful without my direct involvement. We have backfilled well. We had to.

MG: What is your first order of business when you officially take the reins?

Sean: Building buy-in. Our partners are true, invested partners, and there is a lot of trust that comes with that. Any of the three of us who went for the job would have done it a little bit differently, but any of those ways would have been fine. We have more leaders beyond the three of us that could have done it, too, and maybe even better. We have plenty of capable leaders, and getting their buy-in from the ground up is where I’ll be focused for the first few years as president.

If your firm is planning a leadership transition, you could do a lot worse than to borrow a page or two from the Balzer & Associates playbook.

To learn more about ownership and leadership transition, call Mark Goodale at 508.254.3914 or send an email to [email protected]. 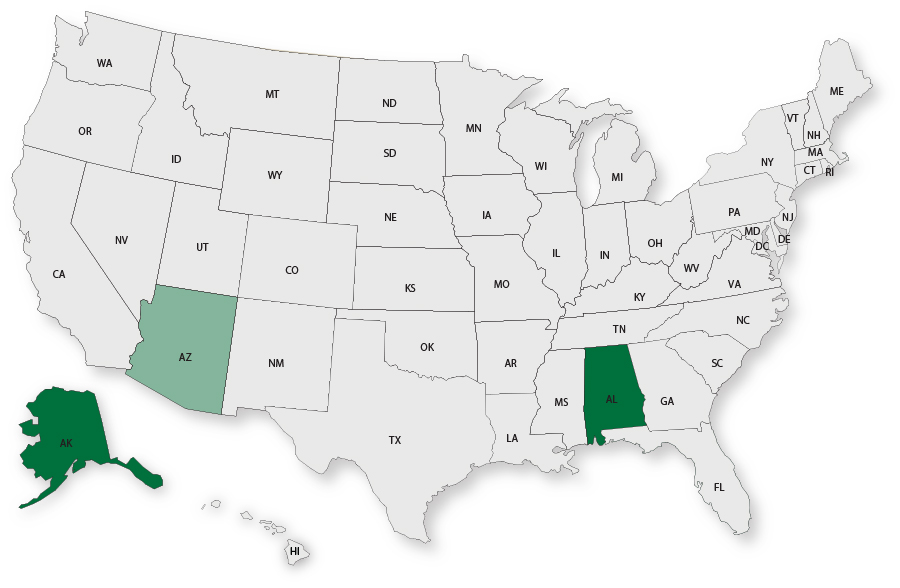 Arizona was the third ranked state in net population growth from 2020 to 2021 and the Grand Canyon State’s GDP has also been experiencing healthy growth rates. According to the ASCE, the areas in need of most infrastructure improvement are Roads, Drinking Water, Wastewater, Dams and Levees. The IIJA will make the following funds available over the next five years: