Technology CornerThis Is Your Brain on Smartphones

A 2020 vision. The AEC industry had another solid year in 2019, but will the good times 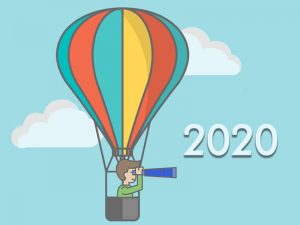 last into 2020? Despite prognostications of its demise, the U.S. economy continues its longest expansion on record. Personal spending has buoyed the economy, but there could be trouble if it retreats because the Federal Reserve has little maneuverability to cut already-low interest rates to forestall a recession. Although third-quarter GDP grew at a moderate 2.1%, nearly half (47%) of business economists surveyed by the National Association for Business Economics in October predicted a recession by the end of 2020.

Being modest. The American Institute of Architects (AIA) projects “at least modest growth continuing into the near future.” “The uncertainty surrounding the overall health of the economy is leading developers to proceed with more caution on new projects,” AIA chief economist Kermit Baker reported in December. “We are at a point where there is a potential for an upside but also a potential for things to get worse.” While business appears to be softening in the Northeast, watch for stronger opportunities in the Southeast with projects driven by Sun Belt population influxes.

End of an era. “The recovery in construction starts that began during 2010 in the aftermath of the Great Recession is coming to an end,” says Dodge Data & Analytics chief economist Richard Branch. “Economic growth is slowing but is not anticipated to contract next year.” Dodge projects the value of construction starts, although remaining close to recent highs, will fall 4% in 2020 after a 1% decline in 2019 because of “easing economic growth driven by mounting trade tensions and lack of skilled labor.”

Going public. With economic uncertainty causing many private developers to proceed more cautiously, still-healthy government budgets will push public works markets to outpace most sectors in 2020. Dodge forecasts that public works starts will climb 4% in 2020. The American Road & Transportation Builders Association projects a 5% growth in transportation construction in 2020, and Associated General Contractors of America members participating in the organization’s 2020 Construction Hiring and Business Outlook Survey are most bullish on prospects for the water and sewer, bridge and highway, K-12 school, hospital, and transportation markets. Weak markets are expected to include manufacturing, commercial, lodging, and office construction.

This Is Your Brain on Smartphones

Time check. Americans are spending more time than ever with their smartphones. 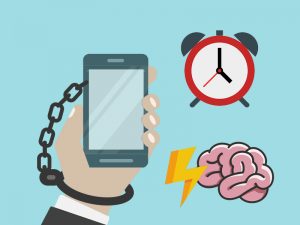 According to Nielsen, American adults spent more than 3 hours and 30 minutes a day on their smartphones and nearly an hour on their tablets in the second quarter of 2019, a 60% year-over-year growth in time spent on mobile devices. A 2018 survey by tech support and insurance company Asurion found that Americans check their phones up to 80 times a day, or every 12 minutes.

Brain change. All those pings, scrolls, and swipes might be rewiring the human brain. Psychologists such as Doreen Dodgen-Magee, author of Deviced! Balancing Life and Technology in a Digital World, say that exposing the brain to short, repeated bursts of stimulation can short-circuit the prefrontal cortex, the part of the brain critical for focus, self-regulation, and delayed gratification. Endocrinologist Robert Lustig told Business Insider that repeated notifications and task-switching associated with checking smartphones causes the sustained release of the stress hormone cortisol, which fuels the body’s “flight-or-fight” instinct and impairs the functioning of the prefrontal cortex.

Chemical spike. Studies have linked smartphone usage to a decreased capacity to remember basic information, the erosion of social skills such as the ability to read emotions and have casual conversations, and an inability to manage boredom, which often sparks creativity. Apps designed to deliver unpredictable psychological rewards, such as Facebook likes, generate spikes in dopamine, the brain chemical associated with pleasure. These emotional triggers foster obsessive behaviors that mirror addiction in order to get another dopamine jolt.

Repair plan. While a digital detox may not be required to repair brain chemistry, a smartphone “diet” may be a worthwhile New Year’s resolution. Experts recommend following the lead of Apple CEO Tim Cook and turning off all notifications. “It is not something that is adding value to my life or making me a better person,” he said. “So I went in and chopped that.” In addition, delete apps that don’t foster healthy habits, keep your phone out of the bedroom so it doesn’t impact sleep, employ apps that limit phone-usage time, and switch screens to gray scale to make apps less appealing.

Tearing down the walls. Over the last two decades the walls on corner offices and 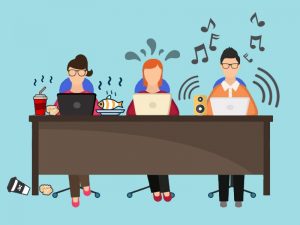 cubicles have come tumbling down as employers from Fortune 500 companies to small startups attempt to replicate the open floor plans and corporate cultures of Silicon Valley titans. Presidential candidate Michael Bloomberg has even announced that, if elected, he would forgo the Oval Office to work instead in an open-office layout in the East Room with White House staffers. While the bottom-line benefit of squeezing workers into smaller spaces is often left unstated, proponents such as Bloomberg say open-office layouts facilitate personal communication, which sparks creativity and boosts productivity. A backlash against open offices has taken root among unhappy employees, however, as new studies raise doubts about whether they are actually having the opposite impact than intended.

Sensory overload. More than three-quarters (76%) of workers surveyed by Bospar PR in 2018 said they “hate open offices.” Employees in open offices often report that they struggle to focus on their work amid constant visual distractions, a lack of privacy, and noise from co-workers playing music and talking on the phone. An Exeter University study found that noise in open offices reduced the productivity of knowledge workers by 66%.

Skeptical studies. At least one major study has refuted the premise that closer quarters result in closer collaboration. An article in the November/December 2019 issue of Harvard Business Review highlighted a study of two Fortune 500 companies that switched from cubicles to open floor plans and found that face-to-face interactions dropped by 70%, replaced by a nearly equal jump in e-mail and instant messaging. The fear of being overheard deterred employee conversations. The prevalence of headphone use to drown out background noise in open offices could also be a contributor as employees are reluctant to approach co-workers wearing them. More than half (53%) of employees regularly wear headphones in the office according to a 2019 Olivet Nazarene University study.

Making adjustments. While the days of the soulless cubicle or the corner office may not be returning, private work areas are being increasingly incorporated into open-office designs. Old-fashioned phone booths are staging a comeback along with small conference rooms and designated quiet areas where workers can have silent havens for times when they need focus or privacy. To help employees concentrate in its new open-office plan, Boston Consulting Group installed 34-inch, curved computer monitors. Piping in white noise, erecting sound-absorption barriers, and incorporating plants into layouts can deaden background noise.

If you are an A/E firm leader interested in expanding into the West through acquisition, or you are based in the West and considering a sale or merger, this is the event for you.

Attend THE event for architecture and engineering firm leaders interested in expanding into Texas.

Explore those topics most important to the future of your business with that elusive peer group – the leaders of successful AEC & environmental firms from around the country.