• HEADY DAYS FOR THE INDUSTRY—BUT STORM CLOUDS GATHER IN THE EAST
CEOs of leading AE and environmental consulting firms recently reported record fiscal years and expressed optimism about 2022 and beyond. But it’s doubtful any of their forecasts had a land war in Europe factored in.

• SPOTLIGHT: BRACING FOR LOOMING CYBERATTACKS
As Russia’s invasion of Ukraine continues and the West ratchets up sanctions in response, potential cyberattacks loom large.

Last month, there was a flurry of quarterly earnings reports from prominent publicly traded AE and environmental firms. The results added to what we already knew—that 2021 was yet another remarkable year of expansion and profitability for the industry. The CEOs of these leading firms reported on record fiscal years and robust fourth quarters and expressed optimism about the prospects for 2022 and beyond. However, it’s doubtful any of these forecasts had a land war in Europe factored in.

Here are some of the highlights from the quarterly earnings reports of these industry-leading firms. And here are also some early takes on how the first- and second-order effects of war in Ukraine could impact the industry in 2022.

Something new for 2022: Early-bird registration is now open for our Western States M&A, Strategy, and Innovation Symposium in San Francisco this June. This is the #1 networking event for AE and environmental industry execs, buyers, sellers, and investors in the West. (Did you know the four fastest-growing states are all in the West? Can you name them? This is our version of Wordle.) We’ve taken all that’s great about our M&A Symposiums (real-time M&A multiples and stats, best practice discussions, unsurpassed Western U.S.-focused networking) and added content on the two other top-of-mind topics for AE leaders—strategy and innovation. Based on how many folks registered in just the first two weeks registration has been live, this symposium will sell out soon. So don’t delay, register here while the early-bird rate is still in play.

Pace of industry consolidation continues to increase: Industry M&A is now up a stunning 46% over the past 12 months. This week saw seven new AE and environmental transactions announced—three in California alone. As of today, Florida has seen the most consolidation in 2022 with 13 transactions. Second is California with 11, and third is Texas with 9.

Consolidation nation? If you’re thinking there seems to be a lot of M&A activity this year, you’re right! Here are the 12 transactions announced since the beginning of the year that the Morrissey Goodale M&A team has helped make happen. If you’re interested in how we can assist you in selling your firm, email Vice President Brendon Cussio at [email protected]. Or, if you’re interested in our buy-side services, contact Vice President Jon Escobar at [email protected]</strong.

Questions? Insights? How will events in Eastern Europe impact the AE industry in 2022? Email Mick Morrissey at [email protected] or call him at 508.380.1868. 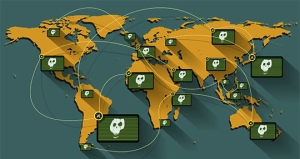 As Russia’s invasion of Ukraine continues and the West ratchets up sanctions in response, what had been a conflict between the two on diplomatic and economic fronts may soon play out in cyberspace, where Russia has shown the ability to cause significant damage.

I caught up with Dave Neitz, CIO of CDM Smith, to get his take on the situation and how it could impact AE firms as well as their clients.

: It seems like it’s only a matter of time before Russia unleashes a volley of large-scale cyberattacks on the West. How is this threat different compared to what we already deal with on a daily basis, and how real is the threat?

DAVE: It’s of a different scale, and the intent behind it is different. That means you have to look at it differently. A nation state trying to get around sanctions using ransomware is one thing. But this is not about monetary gain. It’s about taking down an economy. It’s economic warfare carried out in cyberspace. It’s a different threat vector and the likelihood that it could happen has changed dramatically in the last couple of weeks.

: What do you expect to be targeted?

DAVE: Banks are an important part of the economic engine and are a prime attack vector. In addition, most companies have moved to the cloud and that is another attractive attack vector. Some companies have on premise technology assets, but it’s a small percentage of their critical technology infrastructure. The other part of it is to inflict pain on the critical infrastructure. Water/wastewater, power, and so forth. That’s the other target for disrupting commerce and affecting operations. The cloud has many benefits, but it has some elements of risk, even though cloud providers are able to deal with the risk better than we can individually.

: What about individual AE firms? Are they at greater risk?

DAVE: Not necessarily in the way you might be thinking. Hackers will attack the big targets. I am sure AE industry vendors, like Autodesk and Bentley, are on high alert. Hackers will zero in on what they know are the common targets that will have the biggest impact. And those are generally higher-value targets than individual firms.

: So how do you prepare for something like this?

DAVE: This is a timely discussion. I just met with my leadership team to step back and look at our scenario planning. We had previously reviewed our various risk profiles, but it’s time to pay them another visit. Something that may have previously been dismissed as high-impact but low probability may still be high-impact, but the likelihood may have ratcheted up because of what’s been going on overseas, and that may force us to rethink our approach and our investments. First, think about what moves you can make and what is actually prudent to do. You could spend a lot of money and still not mitigate risk.

: When you revisit your risk profiles, where do you focus?

DAVE: We focus on what gives us more resiliency, not necessarily what gives us more protection. We look at whether we need more redundancy in two ways. Geographic redundancy with current providers and provider redundancy. We are checking our geographic redundancy to see if we have enough separation. Maybe a cyberattack just took Amazon down on the East Coast, but they are still up and running in another geography. As for provider redundancy, you’ve got Amazon, Google, and Microsoft, for example. Lets say I’m running something in Amazon when it gets attacked and goes down. Do I have the ability to access Microsoft to run what I was running? We don’t know which providers will be resilient and which ones won’t, but if we hedge our bets, we’ll have a better chance of accessing what we need to more quickly. You want enough redundancy to bring up critical components. It’s not necessarily a hot backup, but you will at least have an ability to recover critical data.

: You mentioned you look at redundancy in various ways. Talk more about that.

DAVE: Beyond provider and geographic redundancy, you need to look at network redundancy. Fortunately, we have eight network performance hubs located around the globe and we have a software defined network, so we can stitch to any one of these performance hubs to remain operational. Performance will be impacted, but we can continue to do business.

: How will CDM Smith help municipalities and other clients that manage critical infrastructure deal with the cyber threats that very soon might be coming down the pike?

DAVE: Cities and towns are in various stages of maturity. It’s not a one-size-fits-all solution. It’s case-by-case. Trinnex, our digital platform, has an understanding of these clients and the software to help them manage their assets and address cyber security. Cyber security has to be looked at holistically. It involves the design perspective and other physical aspects that need to be considered when developing true resiliency. You need to know the weak points of the overall system. It’s not just a software issue.

: How do you think these evolving threats will shape the future?

DAVE: Microgrids are an important part of resiliency. We may see more of that. Instead of one juicy target, infrastructure elements are dispersed, and it becomes harder to inflict wide-spread damage. Attacks don’t bring the whole system down. Using emerging technology to achieve this state will be key to surviving large-scale cyberattacks in the future. 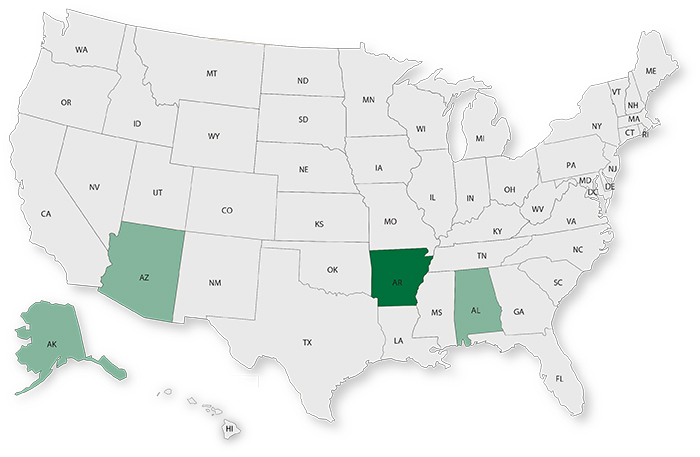 The IIJA will make the following funds available to Arkansas over the next five years (additional funds may be deployed as federal grants get awarded to states):