The national and trade news cycles are wall to wall coverage of, and opinion about, the administration’s American Jobs Plan – or “Infrastructure Bill.” Regardless of whether it passes in its existing form or in some scaled-back manner this year, it will likely usher in an era of Happy Days for the A/E industry. What’s less apparent is that it will drive a spike in M&A activity in the fourth quarter this year that will carry over well into 2022 and beyond. Why? Supercharged supply and demand, that’s why.

M&A Update: The big news last week was industry leader Terracon acquiring in Texas. Watch for the 12-month rolling average of deals to move into positive territory next week.

Why is Private Equity recapitalizing the A/E Industry? Why now? Get the answer to these questions and more in my recent conversation with Gerry Donohoe on the awesome ACEC Engineering Influence Podcast.

Bring a buddy! We’ve received a ton of requests to expand participation in our VR events beyond CEOs. So we’ve opened eligibility for our next Virtual Reality Conference in June to CEOs and C-suite executives (folks who report directly to the CEO). This first-ever two-day themed VR Conference will focus on Strategy + Execution and M&A/Capitalization. Click here for early-bird registration pricing and for multi-attendee discounts.

Live and in-person October Texas M&A Symposium! Our M&A Symposium series is back live and in person with our 6th Texas M&A Symposium in Houston this October 21 and 22. Join us as we host at the super sleek Post Oak Hotel (the ONLY Five Star Hotel & Spa in Houston). Network with A/E executives and investors from Texas and around the nation. Get the latest M&A trends, stats and best practices from industry experts, buyers, and sellers. We’re proud to once again partner with our friends at ACEC Texas on this premier industry event. Click here for updates and to be notified when registration opens.

Who we’re following on Twitter this week: The folks at @ASCE were the pioneers of the Report Card for America’s Infrastructure which has been instrumental over the past decade in educating the public of the need for infrastructure investment. They have a great twitter feed too.

The economy is gaining steam fast, and instead of petering out, many believe it could be stronger than just prior to the pandemic well into 2023. Economists are now projecting second quarter growth of 10%, and growth for 2021 is expected to be over 6.5%. Before the pandemic, 3% would have been considered exceptionally strong. As the nearly $2 trillion of Federal stimulus already approved makes its way through the economy, spending is now tracking up 20% over the same period two years ago. 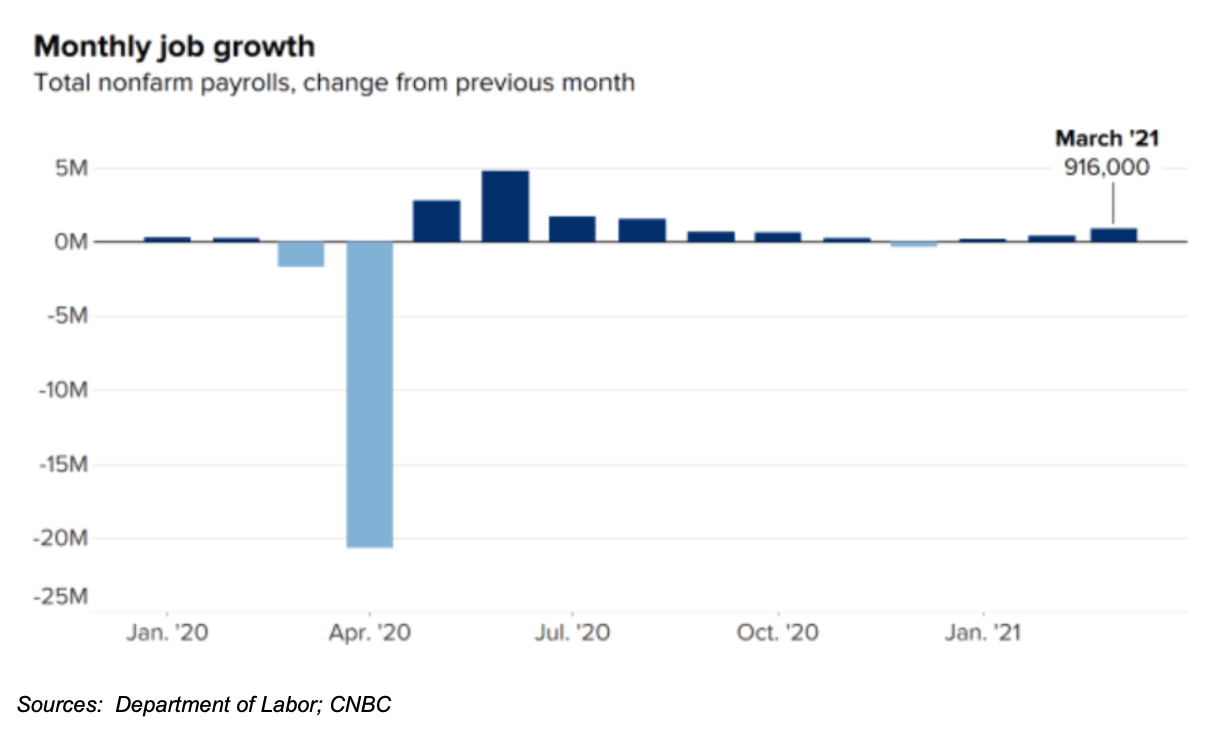 In the last week, the seven-day average of daily COVID cases increased slightly to 66,100 from 65,600 the previous week. Vaccinations may be putting a lid on what would otherwise be a significant spike, which is still a possibility with children returning to school full time and spring vacations this month. The seven-day average of daily fatalities increased from 890 to 1,000. Seven-day averages of COVID cases ticked up slightly in California, dropped in Texas, and rose in Florida:

Continuing jobless claims dropped another 16,000 from the previous week to just below 3.73 million. 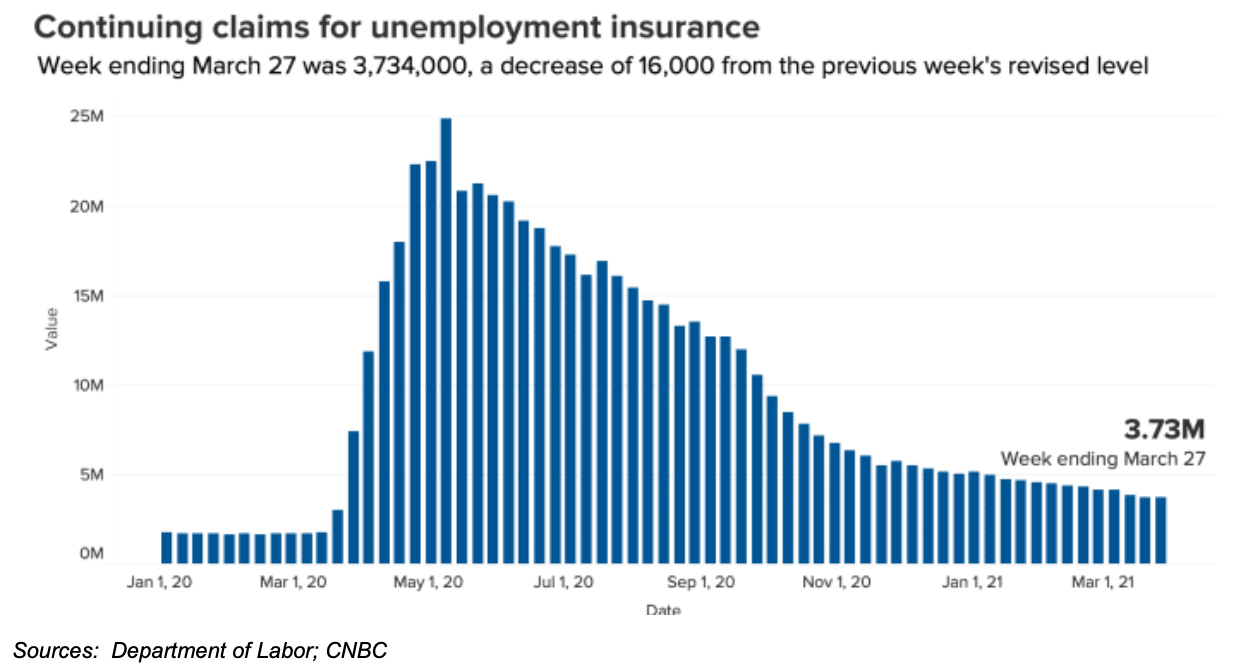 According to information collected by Bloomberg, 726 million doses in 154 countries have been administered, compared to 611 million doses in 150 countries the week before. The average number of daily doses increased to 17 million from 15.3 million the week before. The number of doses delivered is enough to vaccinate about 4.7% of the global population, up from 4% the previous week.