If you have questions about this week’s “Word on the Street,” need help planning for or navigating your firm’s New Reality, or would like some good music recommendations then contact Mick Morrissey @ 508.380.1868 or email him at [email protected].

With the new administration and the flip in the Senate, infrastructure spending will likely prove to be one of the less controversial measures. The expectation is for a $1.5 to $2 trillion package. Washington will likely put consumers and struggling businesses ahead of infrastructure, but infrastructure spending, including high-tech infrastructure (think 5G networks), could also boost the economy. While a bipartisan agreement could be an early win for the new Biden administration, it’s still not a slam-dunk; Republicans are growing increasingly concerned about the debt load and the Democrat’s majority in the Senate is thin. Ultimately, the case will need to be made that an infrastructure package will benefit taxpayers, the economy, and society in general. 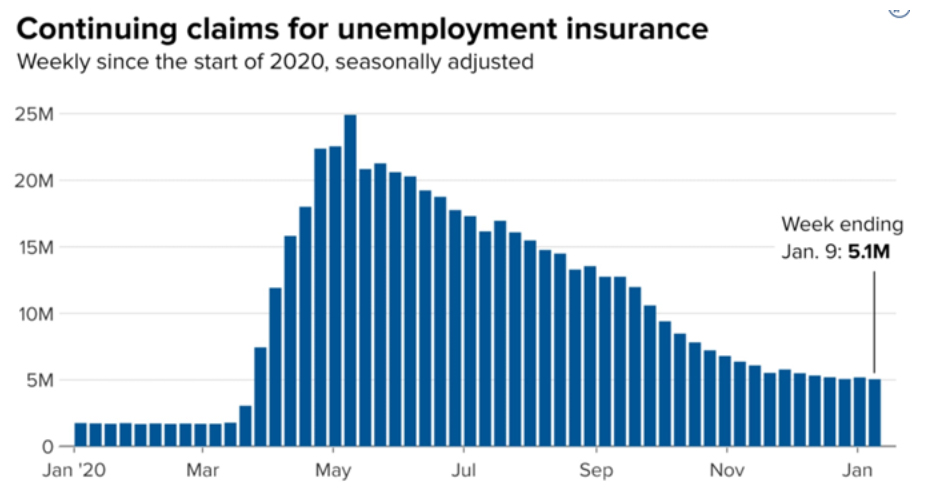 According to information collected by Bloomberg, more than 60.3 million doses in 55 countries have been administered. That’s up from 42.2 million in 51 countries last week. An average of roughly 2.95 million doses are now given each day.