Market WatchPandemic Has Americans on the Move

The New Reality WorkplaceHiring in a Work from Anywhere World

Pandemic Has Americans on the Move 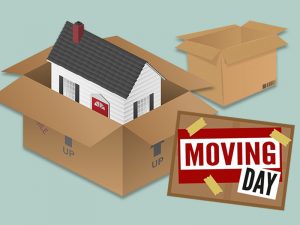 and according to several new studies, the coronavirus pandemic has sparked a migration from America’s largest urban areas to nearby satellite cities and suburbs that offer lower living costs, more affordable housing, and greater space for social distancing.

To the ‘burbs. An analysis of U.S. Postal Service data by commercial real estate services firm CBRE found that move-outs from urban centers across the United States increased 15% in 2020 compared to 2019. The greatest exodus occurred in cities with extremely high costs of living such as San Francisco, New York City, Seattle, and Boston. Most of those moves, however, were of short-to-moderate distances to surrounding suburban counties in the same metropolitan areas.

Close calls. According to the New York Times, pandemic-driven population changes followed pre-COVID trends in most metropolitan areas except for New York City and the San Francisco Bay Area, which both had net outflows in 2020 occur at twice the rate of 2019. Even in those two metropolitan areas, people didn’t move far. A study by the California Policy Lab found that most Bay Area residents who moved in 2020 stayed within the state’s borders. CBRE reported that moves from San Francisco County to Sacramento County increased 70% in 2020 and that the California state capital, which had lost population in 2019, experienced the largest gain in net move-ins among the country’s 30 largest metropolitan areas in 2020. CBRE also found that the greatest net in-migrations during the pandemic occurred in smaller metropolitan areas outside the Big Apple, including the upstate New York cities of Hudson and Kingston.

South by Southwest. Overall, 2020 saw an acceleration of pre-pandemic migration trends with Americans moving to states with high temperatures and low state income taxes. Updater, a technology company that helps people and companies relocate, reported that the Metropolitan Statistical Areas with the largest percentage population gains during the pandemic were Greenville (North Carolina), Tallahassee, Las Vegas, Denver, and Spokane. According to North American Moving Services, the top destination states for its moving vans in 2020 were Idaho, Arizona, South Carolina, Tennessee, and North Carolina.

Cybercrime pays. The coronavirus pandemic has proved to be a boon for cybercriminals

who have targeted the vulnerabilities caused by remote employees accessing corporate IT systems through their personal home networks. It’s not just large corporations that are facing the growing risk of hackers disrupting operations or extorting money through ransomware. According to a study by Verizon, 28% of breaches in 2020 involved small businesses. As threats grow, clients are increasingly demanding that AEC firms implement cybersecurity precautions to protect their files, drawings, models, and contracts.

Growing concern. As the danger increases, cybersecurity has emerged as a major concern for firm leaders in 2021. According to a survey by PricewaterhouseCoopers, 47% of CEOs said they were “extremely concerned” about cyber threats to their organization’s growth prospects this year, up from 33% who reported the same sentiment in 2020. Only the pandemic—cited by 52% of respondents—was a greater growth concern to global CEOs.

Get protected. Research by IBM has found that human error is a major contributing cause in 95% of all cybersecurity breaches, which means that cybersecurity training can be one of the most effective precautions firms can take to protect themselves. Educate staff on best practices and train them to spot phishing e-mails, which remain the main vectors of malware infections or password harvesting. Keep antivirus software, operating systems, and security patches up-to-date, and implement multi-factor authentication. Consider hiring third parties to conduct IT threat and vulnerability assessments.

Hiring in a Work from Anywhere World

Lasting impact. Although an increasing number of workers are returning to the office as 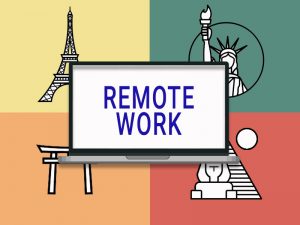 COVID-19 vaccination levels rise, working from home may be a permanent legacy of the coronavirus pandemic. A March 2021 survey by employer review website Glassdoor found that 86% of respondents would prefer to continue working from home at least part of the time post-pandemic.

Flex time. Employees aren’t the only ones who could benefit from the flexibility offered by an increasingly remote workforce. Without geography as a hiring constraint, employers can tap into a much deeper and diverse talent pool, which increases the odds of finding qualified candidates at a time when the AEC industry confronts a tight labor market. A Kansas City architecture firm might find that skilled project manager it’s looking for in Waikiki. Employers in high-wage areas might also find more economical candidates who live in regions with lower costs of living. Firms that hire employees who live in different jurisdictions from their offices or headquarters, however, could face new tax and labor law compliance obligations.

Remote rising. Even as many workers return to the office, remote job postings continue to rise. Online job site Indeed reports that the number of U.S. job listings that mention “remote work,” “telecommute” or “working from home” has more than doubled over the last year, from 2.9% in January 2020 to 6.9% in February 2021. The same trend is happening in the AEC industry. “The option (or necessity) of working remotely will likely be here to stay,” reports Archinect, which reports a growing number of “remote” listings on its job board. A March 2021 survey of Archinect readers found that nearly three-quarters of firms would continue to provide an option to work remotely this year. Only 15% said a return to work would be required.

Sold out - waitlist only >