The Road Warrior Could Vaccine Passports Be a Ticket to Fly?

Ladies first. The coronavirus pandemic might have lessons for business sectors such 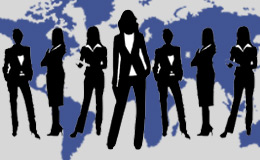 as the AEC industry that struggle with gender diversity. According to several new studies, women in the public and private sectors have provided more effective leadership than men during the crisis. A Journal of Applied Psychology study concluded that states with female governors had fewer COVID-related deaths than those with male governors in the pandemic’s initial months. According to the study’s authors, women governors demonstrated greater empathy and concern for the public’s wellbeing, which engendered greater compliance with public health directives.

A global finding. Similar results have been found around the world. A study published in the online journal BMJ Global Health that analyzed the speeches of global leaders during the pandemic found that men employed more war analogies and fear-based language while women expressed more concern about social welfare and individual impacts when talking about the virus. According to another study, countries governed by female leaders—such as New Zealand, Germany, Iceland, Norway, Denmark, Finland, and Taiwan—experienced fewer COVID-related deaths per capita and lower peaks in daily deaths. “Most women-led governments were more prompt at introducing restrictive measures in the initial phase of the epidemic, prioritizing public health over economic concerns, and more successful at eliciting collaboration from the population,” the study reported.

Widening gap. Researchers have identified the same trend in board rooms. According to a study published in the December 2020 Harvard Business Review, women were rated as more effective leaders before the pandemic, but that gap with men has only widened during the crisis. When assessing the effectiveness of 820 leaders during the pandemic’s first wave, researchers found the 3.3-point pre-pandemic advantage for women grew to 5.7 points. Out of 19 leadership competencies, men rated higher on just one—technical/professional expertise. The competencies most valued by direct reports during a crisis—such as collaboration, relationship building, inspiring and motivating others, and communications—are all ones on which women scored the highest.

Style points. The studies underline the need not just for greater gender diversity in leadership ranks but also for a more relational leadership style, regardless of gender. Leadership built on empathy, sensitivity, and understanding has proven more effective than an autocratic, command-and-control style, particularly in a crisis. What is needed, according to a January 2021 Bloomberg article, is a leadership approach that is more “take care” than “take charge.”

Could Vaccine Passports Be a Ticket to Fly?

Air time. Many road warriors have been grounded for more than 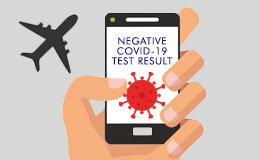 a year, but vaccine passports—also known as digital health passports—could hold the key to the return of air travel. Vaccine passports are smartphone apps or digital health certificates that can verify a passenger’s negative COVID-19 test result or inoculation record. While the handwritten cards issued to vaccine recipients by the U.S. Centers for Disease Control and Prevention are subject to loss or forgery, vaccine passports offer more secure ways to confirm that passengers are safe to travel.

Prove it all right. It’s possible that some countries might require international passengers to be vaccinated—rather than just testing negative—for COVID-19, as is the case in certain countries with diseases such as yellow fever. Cyprus and Israel are already planning to require inoculations, and Qantas Airlines has indicated it will ask international travelers to show proof of vaccination.

Choices, choices. Several vaccine passport versions are in development by governments and technology companies. A dozen airlines are testing trial versions of the International Air Transport Association’s Travel Pass, which is expected to integrate directly into airlines’ apps. United, JetBlue, and British Airways are testing the World Economic Forum’s CommonPass. Others include IBM Digital Health Pass, ICC AOKpass, CoronaPass, and VeriFLY. An outstanding question is whether particular countries and airlines will only accept certain passports. If so, will business travelers need to possess several different versions?

Privacy please. Data privacy is the biggest concern surrounding vaccine passports. Travel Pass plans to use blockchain technology and no central database, while VeriFLY will rely on biometric authentication in order to secure data. Christel Cao-Delebarre, global head of privacy for travel management company CWT, is among those advising that companies avoid requiring digital health passports until doing due diligence on the data security of various options. Firms mandating their use could face liability in the event of any data breaches.

Use Plus/Deltas for More Efficient Meetings

Talk less, smile more. As if any more proof was required to know that 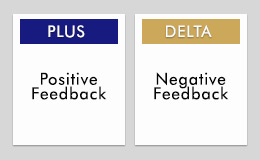 the way many firms conduct meetings is broken, a new survey has found that the brightest silver lining amid the coronavirus pandemic has been fewer meetings. In a survey of 1,000 hiring managers by online labor marketplace Upwork, 70% said the greatest upside of working remotely during the pandemic has been the reduction in non-essential meetings. That rated higher than even schedule flexibility (60%) and time saved from no longer having to commute (54%).

Homeward bound. Even after the pandemic passes, remote work isn’t going away. According to the Upwork survey, hiring managers project the number of remote workers in 2025 will be nearly double that of pre-pandemic levels, with 36.2 million Americans working from home full-time in 2025 compared to 19.5 million in February 2020 right before the COVID-19 outbreak. When adding in partially remote workers, the figure climbs even higher to 59.3 million workers, which is over one-third (37.5%) of the country’s workforce.

Break the habit. Even firms that have all of their employees coming back to the office should not return to old, bad habits with how meetings are conducted. An effective tool to fix the way your firm runs meetings is to regularly conduct Plus/Deltas at their conclusion or midway through long meetings if a recalibration is necessary. A staple of lean management, Plus/Deltas are quick, simple retrospections that put the onus on participants to find out what value they are getting out of meetings and what could be done better.

Value propositions. Meeting facilitators can incorporate Plus/Deltas into the last five to ten minutes of meetings. Draw a line down the middle of a flip chart or white board with two columns: “Plus” and “Delta.” In the “Plus” column, list positives. What brought value and how can it be repeated? In the “Delta” column, list incremental changes. What could be improved upon in the next meeting to add more value? Write down specific action items and assign ownership as well as commitment dates. Encourage all in the meeting to participate, and focus conversation on process, not people. At the start of the next meeting, take a couple of minutes to review the status of the action items.